Vehicles of the World Food Programme (WFP) of the United Nations usually carry an important load: food to be brought to a group of hungry, needy people. In a project together with the German Aerospace Center (DLR), SENSODRIVE demonstrates the superiority of its torque-controlled drives.
TV programmes often show planes from which boxes glide to the ground on parachutes, or a helicopter delivering the vital load. For the United Nations World Food Programme, this operational scenario is usually too expensive. The cheapest solution is overland, on the platform of a truck.
But what if the route requires at least a four-wheel drive, if the terrain is flooded or, for example, leads through mine-contaminated territory? For some time, the WFP has been using an off-roader to manage barely passable terrain. The SHERP, a particularly robust ATV (All Terrain Vehicle), climbs over almost all obstacles with its huge balloon tyres and even swims through water thanks to the paddle wheel profiles on the tyres. The off-roader is steered with two steering levers that, similar to a tracked vehicle, decelerate the wheels on the right or left and thus initiate the change of direction.
Of course, the off-roader has to be steered by humans - but how do you solve the problem if the route is life-threatening for the chauffeur? This is where the cooperation project with the German Aerospace Center (DLR) comes in. The ATV also has to reach its destination by remote control. It is to be equipped more or less as a "land drone", controlled by the driver via telepresence from a safe cabin. SENSODRIVE is allowed to contribute to the AHEAD project (Autonomous Humanitarian Emergency Aid Devices) and at the same time illustrates the special advantage of the SENSODRIVE technology.
The SHERPs upgraded as part of the AHEAD project are given the qualities of a MARS rover, so to speak, with perception sensors, depth cameras and LIDAR systems. The project even plans to equip the off-roader with a small flying drone that will give the SHERP pilot an additional overview of the surroundings.
SENSODRIVE focuses on the construction of an additional box that is mounted behind the driver's seat in the off-roader. From there, Bowden cables lead to the steering levers as well as the clutch and accelerator pedal in order to teleoperate the remote control in terms of accelerating, steering and braking the SHERP ATV. Converting the vehicle into a land drone is a demanding task in terms of detail.
The torque-controlled drives are the secret of the project. The driver of the land drone should be able to literally feel the terrain in his telepresence room, equipped with the same "workplace" as in the ATV. In the driver's cabin on site, the driver senses the nature of the path - for example via the mechanical resistance in the steering levers - and thus sets a safe course. SENSODRIVE's patented torque sensor and SENSO-Joint technology enables the driver to have the same experience in his telepresence cabin via force feedback. The box behind the driver's seat thus houses sensitive electromechanics. The overall system has integrated safety functions. In emergency situations, for example, emergency braking is possible via a gas spring system that is independent of the power supply.
For the engineers among the readers, here are the technical parameters: The possible maximum force is 750 N, the equivalent force at the handles (due to a lower attachment point) is 565 N. The remote-controlled SHERP performs an emergency stop in 0.4 seconds and the maximum Bowden cable speed is 0.58 m/s.

DLR's AHEAD project was launched in October 2020 and is scheduled to be completed within two years. Within this project, SENSODRIVE, as an original spin-off from DLR's space research, can once again demonstrate the superiority of its highly sensitive torque sensors and highly integrated actuators in automotive and robotics applications.

LINK to the DLR project 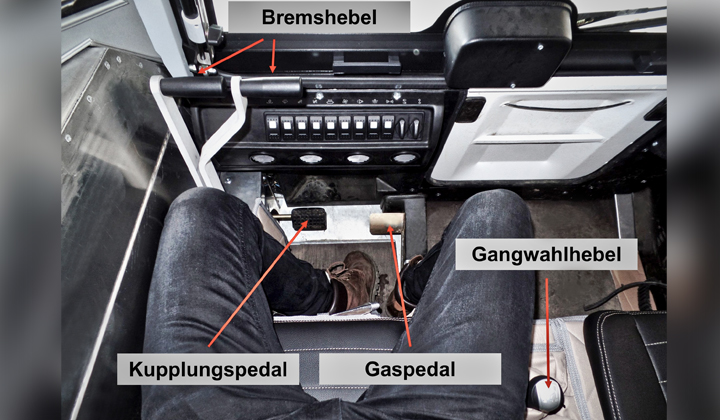 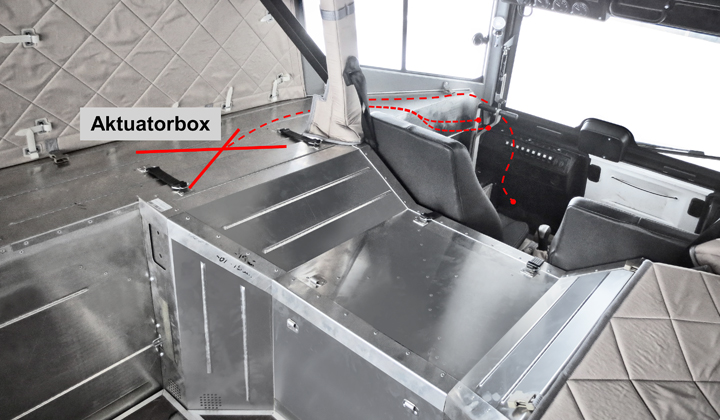 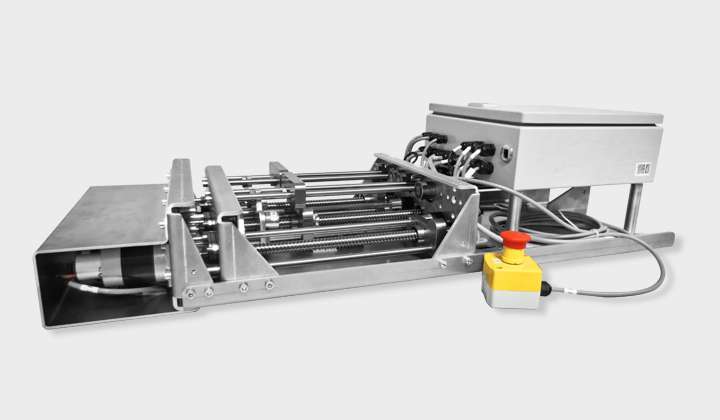